THE SURROUNDING AREAS OF THE ETRUSCAN COAST OF TUSCANY

THE SURROUNDING AREAS OF THE ETRUSCAN COAST OF TUSCANY


Bolgheri (30 Km): a typical medieval village developed around a castle and famous for its long Cypress path, which was praised by the poet, Carducci. This place is renown for its magnificent environmental setting and for its fine red wines. The Sassicaia, the native Sangiovese and the numerous wines of the Ornellaia estate, as well as those of the Guado Tasso estate, are ranked among the most renown wines of the area. Bolgheri is, thus, an internationally renown culinary destination; many events are organized in this town, but we would like to mention the Bolgheri Melody fest and the Bolgheri Jazz fest, which are respectively held in July and September, and where many of the most well-known wine producers of the area open their cellars to the public for wine tasting events that are combined to the pleasures of food, music and art. The towns of Castagneto Carducci, Casale Marittima, Bibbona, Montescudaio, Guardistallo and many other fascinating towns of Tuscany are located but a few kilometers away.

Ample parking and equipped beaches, as well as large public beaches for tourists.

Volterra (50 Km): has characteristically become a typical medieval city where one can still enjoy the atmosphere of an ancient village since it is completely isolated from industrial and commercial development. Volterra is entirely surrounded by a thirteenth-century wall and has a perfectly well-preserved medieval center where the famous Piazza dei Priori, the Roman Theater of Vallebuona and the Etruscan Museum can be found. The Etruscan Museum is a must see attraction for all tourist and a great source of pride for this ancient Etruscan. Volterra is a little place in Tuscany where there many events are organized, especially in the summertime; from lyrical music to jazz, from theater to medieval re-enactments in enchanted locations that are filled with history and charm.

Baratti and Populonia ( 65 Km): Baratti is a unique natural harbor where all of the beauty of the sea, the beaches and the picturesque archeological ruins of the ancient Etruscan necropolis are harmoniously blended together. A scenic road runs along the beach of the Gulf. The sand is thick enough and has a special silver-blue reflection. A winding road connects Baratti to the ancient fortified village of Populonia, which dominates the Gulf. Populonia is a unique seaside Etruscan city. It was originally built to favor the processing of iron that came from the Elba Island.

The thermal town of Venturina - the Calidario lake (53 Km): Venturina is immersed in the green vegetation of a beautiful pine forest and Calidario is a small lake with hot springs of water at 36 degrees, which flow directly into a tub; an embracing spring from which one can enjoy the benefits of water and steam baths. These springs were already renown during the Etruscan and Roman period. They offer visitors a warm embrace of natural well-being..

Pisa (48 Km): is a city of ancient origins. In fact, it was built by an Etruscan settlement, which later became a Roman colony whose influence can still be seen in the architectural designs of the religious and civil buildings, of the narrow alleys and of the city squares. The city, through which passes the Arno river, reached its zenith in the eleventh century, when it was an important naval base and because of the trade market it established throughout the Mediterranean territory. Its most important monuments are undoubtedly the Leaning Tower and the Cathedral. However, the Church of Santa Maria della Spina and the ancient Church of S. Paolo a Ripa d'Arno, which is a classical example of Romanesque architecture, are also worth visiting.

Florence ( 128 Km): The Arno river also passes through Florence. This city is surrounded by olives and vines. It is undoubtedly the most renown and captivating city of Tuscany. Florence was founded by the Romans in the first century BC. In the fifteenth century, period during which it reached its zenith, the city was dominated by the Medici family. Since then, the most famous artists such as Giotto, Cimabue, Michelangelo, Brunelleschi and Botticelli have left an unforgettable imprint, which can still be admired thanks to their paintings, sculptures and impressive works of art such as the Cathedral, the Palazzo Vecchio and others. The most renown museums of Florence are the Uffizi Gallery, the Accademia Gallery, the Medici Chapels and the National Museum of Bargello.

Siena (80 Km): is an ancient Etruscan city that is situated right in the middle of Tuscany. This city reached its zenith in the Middle Ages. We can still admire the ancient walls and structure of the medieval village, which is made up of narrow alleys and noble palaces. The Cathedral, which dates back to the fourteenth century, the Piazza del Campo - where the Palio of Siena takes place - and the surrounding buildings as well as 15 museums, including the Palace and Civic Museum, the National Art Gallery and the Tablet Museum, are of definite artistic interest.

Lucca (70 Km): is one of the few Tuscan cities that managed to preserve its walls, which were built between 1504 and 1645 and which were never used for defense. It became famous in the fifteenth century for its silk art, which was its primary source of income. Today, one can admire the Palazzo della Signoria, the Church of Santi Giovanni and Reparata and the San Martino plazza where the Cathedral, which was dedicated to San Martino, is located. In fact, the Cathedral is the most important religious building of the city.

San Gimignano (116 Km): is famous on an international level for its 14 towers. San Gimignano is located in the heart of the Tuscan country fields, between Florence and Siena and at 334 meters above sea level on a hill that dominates the Elsa Valley.

The Islands of the Tuscan Archipelago: it is said that when the Venus of the Tyrrhenian Sea emerged from the waters of our sea to embrace the horizon, she lost seven pearls from the necklace that adorned her white neck. These pearls fell into the water and transformed themselves into the Islands of the Tuscan Archipelago. Indeed, it is composed of 7 islands: Gorgona, Capraia, Elba, Pianosa, Montecristo,Giglio and Giannutri.. The uniqueness and beauty of these pearls represent the largest European marine park, which safeguards 56.766 hectares of sea and 17.887 hectares of land that can be enjoyed all year long. In fact, if you are looking to spend a summer weekend, or holiday, on these islands, you will certainly find the welcoming atmosphere of the history, culture and nature it possess throughout the year. Each island is different than the other. Each island has an enchanting and captivating story, or legend, ready to be told.

News from our blog 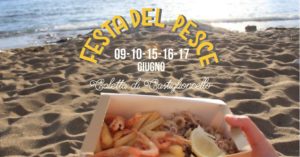 A Castiglioncello si mangia in strada a ritmo di musica! 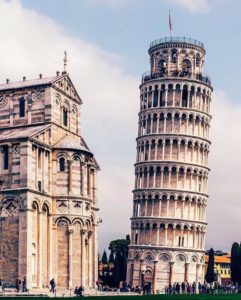 Apartment and Villas by the sea near Pisa

Why do you have to choose between culture and sea when you can conciliate everything in one holiday?  For your summer holidays this year choose a house in Castiglioncello and in ... 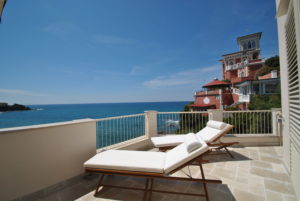